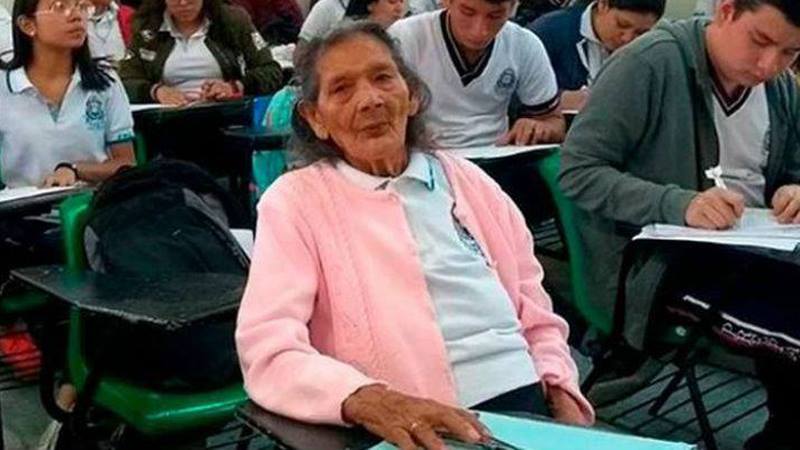 Guadelupe Palacios was born in a small Mexican village in the state of Chiapas. She grew up without the opportunity to go to school, so she worked at home in the kitchen and garden and then later in the fields. As a young woman, she married and raised six children. For money, she sold chickens, learning math along the way. Years later, after her children were grown and her husband had passed away, she decided it was finally time for her to learn to read and write, so Guadelupe enrolled in a locally sponsored literacy program.
She was 92.
When asked why, after all these years, she wanted to learn to read and write, she replied, “Now I can write notes to my boyfriends.”
Guadelupe did learn to read and write, but she didn’t stop there. Within 4 years, she successfully completed the course work through Middle School. She still wasn’t satisfied.
She searched for a high school equivalency program but found none in Chiapas that were convenient and inexpensive, so in 2018, at the age of 96, she enrolled in the local high school in Tuxtla Gutierrez. She has a goal of graduating by the time she turns 100. She dreams of continuing her education and becoming a Kindergarten teacher.
You’re never too old to learn something new.
Guadelupe isn’t alone in her late bloomer efforts:
What about you? Do you have a desire (or need) to take a course, learn a new skill, travel to a new place, or study a new language? Have you ever thought, as I have, “That’s crazy. I’m too old to try that. Why would I even let a foolish notion like that enter my mind?”
I can almost guarantee that 99% of us reading this blog are not as old as Guadelupe Palacios.
You’re never too old to try something new.