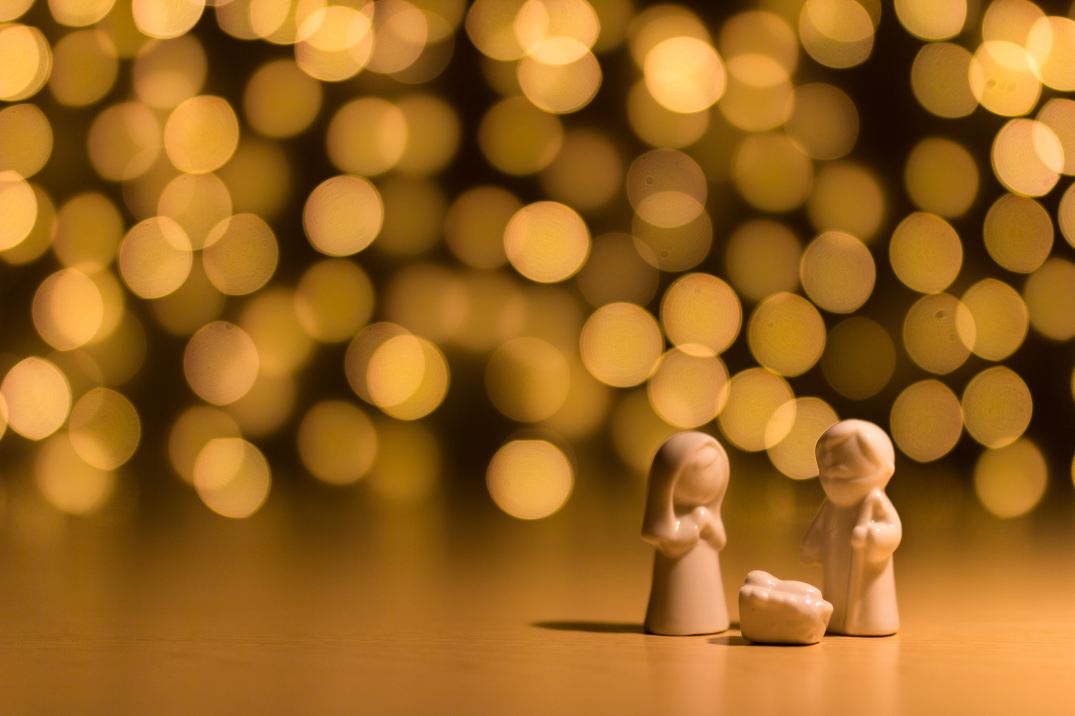 This year, I’m going to need some help in telling my Christmas story. Can I count on you all to help? Great…let’s practice first. When I say these words, I want you to follow my instructions. And every time you hear me say them in my story, you go ahead and respond…

SHEPHERD/S – Raise your hand and say (that’s me!)

ANGEL/S – Shake both hands back and forth over your head and say (Praise God!)

GOOD NEWS – Make a fist and pump it shouting (Hooray!)

SHEPHERD/S – Raise your hand and say (that’s me!)

ANGEL/S – Shake both hands back and forth over your head and say (Praise God!)

GOOD NEWS – Make a fist and pump it shouting (Hooray!)

I want to tell you a story – and YOU have a very important part to play.  Listen now as I share.

Many, many years ago, in the town of Bethlehem, there were some SHEPHERDS (that’s me!) guarding their SHEEP (Baaaah) at night in the field.

It was like any other night. The sky was clear and full of stars. The SHEEP (Baaaaah) were quietly resting and the SHEPHERDS (that’s me!) were quietly talking.

When suddenly, out of nowhere, right in front of the SHEPHERDS (that’s me!) came an ANGEL (Praise God!)

“Ooooooooo!” said the SHEPHERDS (that’s me!) looking so frightened!

“Don’t be afraid” said the ANGEL (Praise God!) I’m here with GOOD NEWS (Hooray!) for you;

“GOOD NEWS (Hooray) which will make everyone very happy!”

“I’ve come to tell you that a Savior has been born. His name is Jesus. You’ll know who he is because you’ll find him wrapped up in blankets, lying in a manger!” said the ANGEL (Praise God!)

“The Savior has been born!” said the SHEPHERDS! (that’s me!) That was very GOOD NEWS (Hooray!) The whole world had been waiting for the Savior to be born!

And with that the whole sky was filled with ANGELS (Praise God!) They sang “Praise God in heaven! Peace on earth to everyone who pleases God!”

Then it was quiet again, and all that was left in the field were the SHEPHERDS (that’s me!) and the SHEEP (Baaaaah).

“Let’s go and see if we can find this Savior named Jesus!’ the SHEPHERDS (that’s me!) said to each other.

They hurried off, leaving their SHEEP (Baaaaah) who were now fast asleep.

Mary and Joseph were hardly expecting any visitors that night; they certainly weren’t expecting to see any SHEPHERDS (that’s me!) come to their stable.

But the SHEPHERDS (that’s me) knew they had to tell someone! They just couldn’t go back to their SHEEP (Baaaah). They couldn’t keep GOOD NEWS (Hooray!) like this to themselves…they had to tell EVERYONE!

This kind of GOOD NEWS (Hooray!) was too special to keep quiet about – the SHEPHERDS (that’s me!) had to go and tell others. So off they went to Bethlehem, telling everyone about the birth of Jesus.  That was great!!! Thank you so much for helping me tell the Christmas Story – (give yourself a hand!)

That’s right – all of us have a part to play…we all need to tell others about our Savior, Jesus.

If you would be willing to tell others about Jesus, like the SHEPHERDS (that’s me!) did, raise your hand and say (“That’s me!).

Awesome! I knew I could count on you! 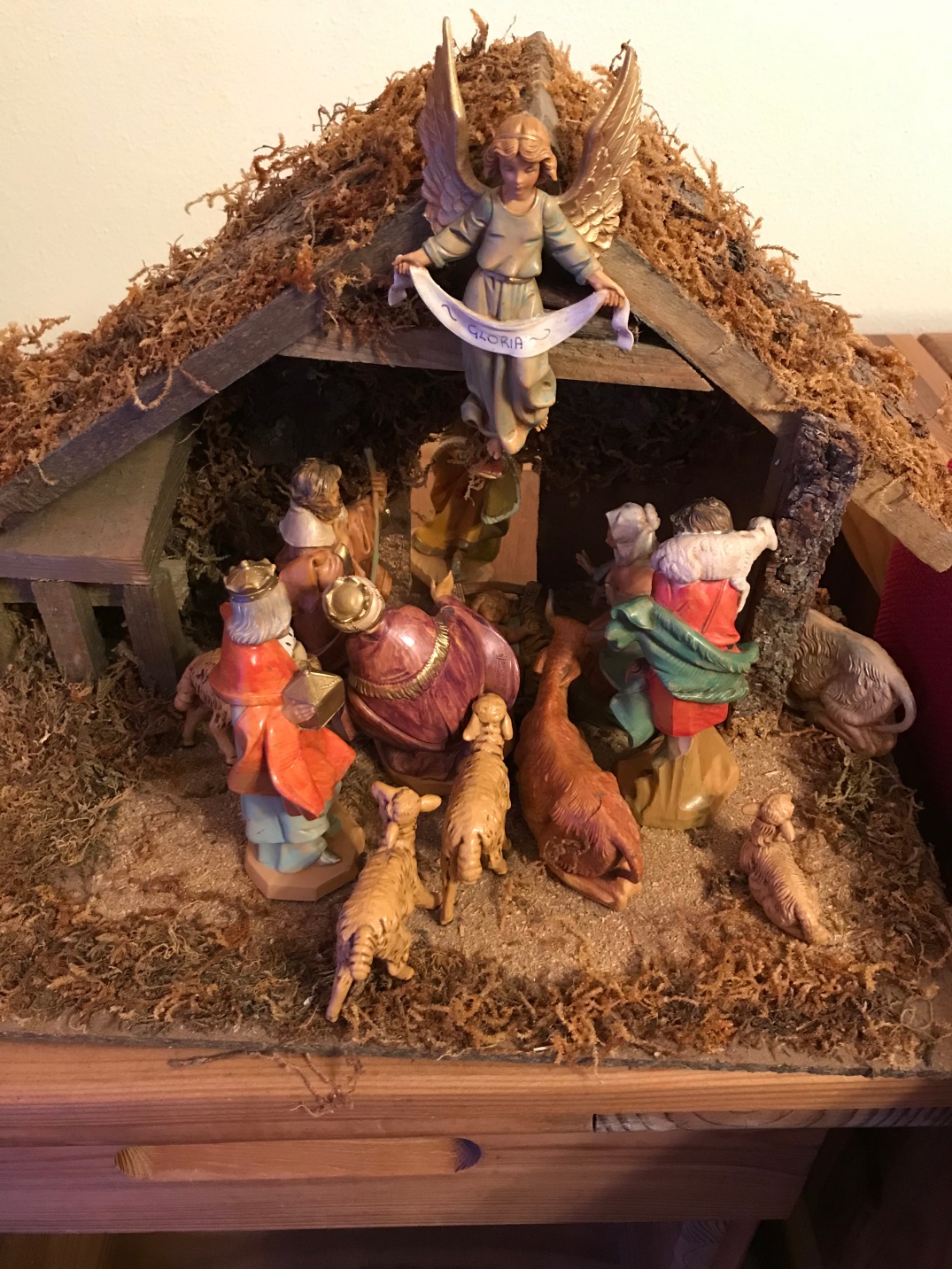 A week or two ago, my wife invited a mom and her preschool daughter to our home, to decorate for the upcoming holiday and for Christmas cookies. She asked the young girl if she would place the Nativity scene pieces in a small stable that was sitting on an end table near the sofa.

The girl looked carefully at the figures and at the stable, then began by placing the Baby Jesus figure, lying in a manger, in the center of the stable. Then, she placed Mary and Joseph, the animals, the shepherds, the wise men, and finally, the angel.

Sounds pretty normal, right? Most adults would do the same thing.

The little girl placed all of the figures facing inside the inside center of the stable instead of facing outward.

When I saw the Nativity scene, I thought, “What is this? No one can see the characters because they’re all looking at Jesus.”

Then, I realized that the little girl had it right. Jesus is the center of the story. It’s all about Him. Why would anyone look at anything or anyone else?

Lord, this year, help us to fix our eyes on Jesus. Help us make the Christmas season all about Him.