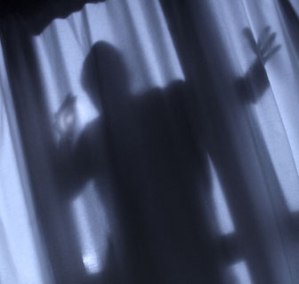 I woke early this morning and decided to go for a run.  As I dressed and reached for my keys, I felt something disturbing.  I realized that I was not alone.  Then I saw him.  He shook his long pointed finger directly in my face.  I instantly recognized him.

How could I possibly forget him?

I first met him as a child when a bully threatened to beat me up after school.  Later, he sat beside me in college while I took my exams, causing me unfounded anxiety.  And he visited me as an adult, right before I made a bold career move.  Sometimes, he stops by and I don’t see him, but I see what he’s left behind:  broken dreams, forsaken promises, hopelessness, and even despair.

He showed up again this morning in my home unannounced.

I looked him right in the eye and said, “Hello, Fear.”

He rolled his eyes and asked, “Just where do you think you are going?”

“Because if you walk out that door, you’ll never come back alive.”

“It doesn’t matter if you believe.  It’s going to happen.”

“You can’t frighten me.”

“Ha!  I’ve been paralyzing people for thousands of years.  You think you can avoid me?”

I looked down at the floor and held my keys tightly.  For a moment, I thought that maybe I should just wait until tomorrow to run.

“You know,” he said, “God would tell you the same thing.”

“He would tell you exactly what I’m telling you.”

“Are you certain?” he asked.

“More than anything,” I answered.  “You get out of my house.  I’m going for a run and you’re not welcome here.”

Like Loading...
March 20, 2013March 20, 2013 by johnfrady Categories: Church and Christian LifeTags: Fear, God has not given us a spirit of fear, Hello Fear, Intruder, John J Frady 2 Comments

2 thoughts on “Intruder in My House”